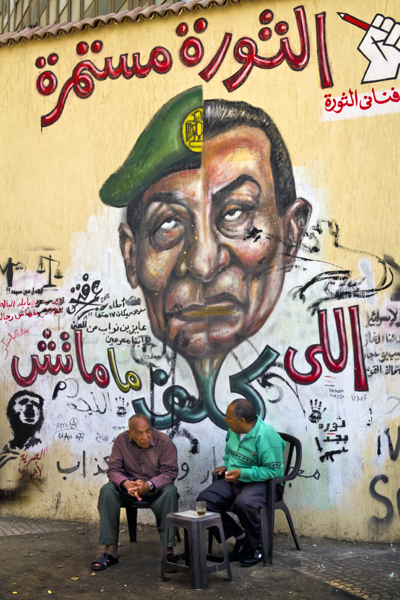 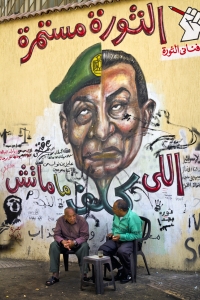 An American tourism professional who captured Cairo’s politically charged graffiti during the Arab Spring is organizing an exhibition of her photography in Washington D.C., the Capitol Hill Times reports.

Genevieve Hathaway moved to Egypt in 2011 to help a friend start her tour company. She unexpectedly found herself in the middle of the Egyptian Revolution—at a time when many Egyptian artists took to the streets of Cairo to express themselves.

Hathaway told the Capitol Hill Times “I was living on Tahrir Square watching the street art evolve and nobody was documenting it. This was extremely evocative art that stood a chance of being lost forever, and much of it will never be seen.” Determined to preserve the Egyptian people’s revolutionary art she resolved to document as many murals across Cairo as possible.

Before the Egyptian dictator Hosni Mubarak was forced to resign in 2011, citizens who voiced opposition to the government were risking jail, torture and even death. However, the danger didn’t discourage some brave individuals from making their feelings known.

“The street art gave people something to talk about in a culture that never allowed political discussion,” Hathaway said. “I want to empower people to see the Arab Spring in a different light. I don’t think the Arab Spring was a failed event. It brought the masses together for a common goal: democracy.”

Ever since, the tech giant has been trying to improve its design.

But as rival Apple won accolade after accolade for its designs – in addition to millions of devoted customers – Samsung had as many misses as hits in the design department.

Now, the Korean tech giant is promising once again to revolutionize its approach to design by hiring Lee Don-tae, the co-president of the global design consulting firm Tangerine.

Lee, who is also a professor at the industrial design department of Hongik University, joined Tangerine as an intern in 1998 and became its president in just seven years.

What’s interesting is that London-based Tangerine was founded by Jonathan Ive, who is the senior vice president of design at Apple and who has led the designs of the iPhone, iPad and IOS7. Samsung expects Lee to bring Tangerine’s design “DNA” to the company as Ive did at Apple.

Industry insiders are watching Samsung’s recruitment of Lee because he is not known as a mere designer but a “design entrepreneur.”

Lee, who has a master’s degree from the Royal College of Art in London, is best known for redesigning British Airways’ business-class cabins. By rearranging the seat configuration in an “S” shape, he found more space for each seat and allowed them to fold down into flat beds.

This design won the IDEA Grand Prix in 2001 and British Airways eventually commissioned his company to redesign its first-class cabins as well. The airline reportedly saw its annual operating profits increase by 800 billion won.

“Design isn’t a tool to achieve the designer’s self-realization,” Lee said in his book “Foresight Creator.” “The designer should always consider the risk of the company.”

Samsung hopes his contribution will be spread far beyond designing products. His work at Samsung’s Design Management Center will be under the control of Samsung Electronics President Yoon Boo-keun, who heads the company’s consumer electronics division.

“Lee will be in charge of leading innovation of overall and general design of Samsung products including smartphones,” an official from Samsung said.

Samsung has been recruiting many designers from outside. It previously hired Tim Gudgel, a former senior Apple Retail Store designer, and Chris Bangle, who is known as one of the world’s top three automobile designers.

Industry insiders say that as the market enters a mature stage, the functions and performances of products are becoming the same, while design can bring key differentiation or distinction. While Samsung fought with Apple over design patents on smartphones, the new stage of the war is expected to center on smartwatches.

Lee has been said his keyword in design is “foresight,” which refers to imagining and predicting the future based on data and experiences.

Lee’s collaboration with Samsung already produced results in the past. From 2006 to 2012, he worked as a design master to Samsung C&T and won acclaim for the design of apartment interiors.

The creativity boost is not only happening at Samsung Electronics. Cheil Worldwide, the Samsung affiliate that makes advertisements and does marketing consulting, said Monday that it hired Malcolm Poynton as chief creator officer to boost the company’s presence in the global market.

The New Zealand-born Poynton has more than 30 years of experience in the industry and his resume includes work at agencies like Saatchi & Saatchi, and Ogilvy. He was Europe’s chief creative officer for the digital marketing consulting agency SapientNitro.

He has also chaired and judged various international award shows including Cannes Lions, the Clio Awards, D&AD, the London International Awards, the International Andy Awards and the Webbys.

Meanwhile, Samsung Group is expected to spend 50 trillion won ($46 billion) for facilities and R&D investments this year, which is a similar amount as last year.

Korea’s largest conglomerate doesn’t disclose its investment figures as a group, but a source from Samsung Group said Wednesday that this year’s investment will maintain the previous year’s level. 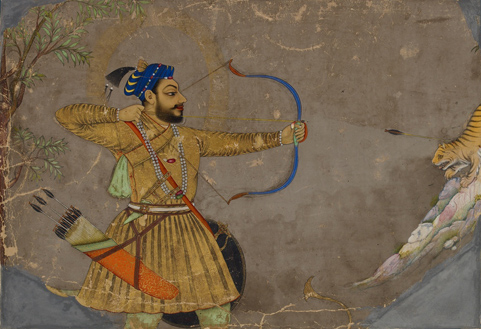 The Deccan plateau of south-central India was home to a succession of highly cultured Muslim kingdoms with a rich artistic heritage. Under their patronage in the sixteenth and seventeenth centuries, foreign influences—notably from Iran, Turkey, eastern Africa, and Europe—combined with ancient and prevailing Indian traditions to create a distinctive Indo-Islamic art and culture.

This exhibition will bring together some 165 of the finest works from major international, private, and royal collections. Featuring many remarkable loans from India, the exhibition—which is the most comprehensive museum presentation on this subject to date—will explore the unmistakable character of classical Deccani art in various media: poetic lyricism in painting, lively creations in metalwork, and a distinguished tradition of textile production. 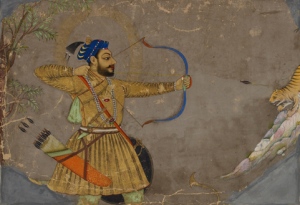 The exhibition is made possible by the Gail and Parker Gilbert Fund, the Placido Arango Fund, the E. Rhodes and Leona B. Carpenter Foundation, the National Endowment for the Arts, and Cynthia Hazen Polsky and Leon B. Polsky. It is supported by an indemnity from the Federal Council on the Arts and the Humanities.

The catalogue is made possible by The Andrew W. Mellon Foundation, the E. Rhodes and Leona B. Carpenter Foundation, and the Doris Duke Fund for Publications.